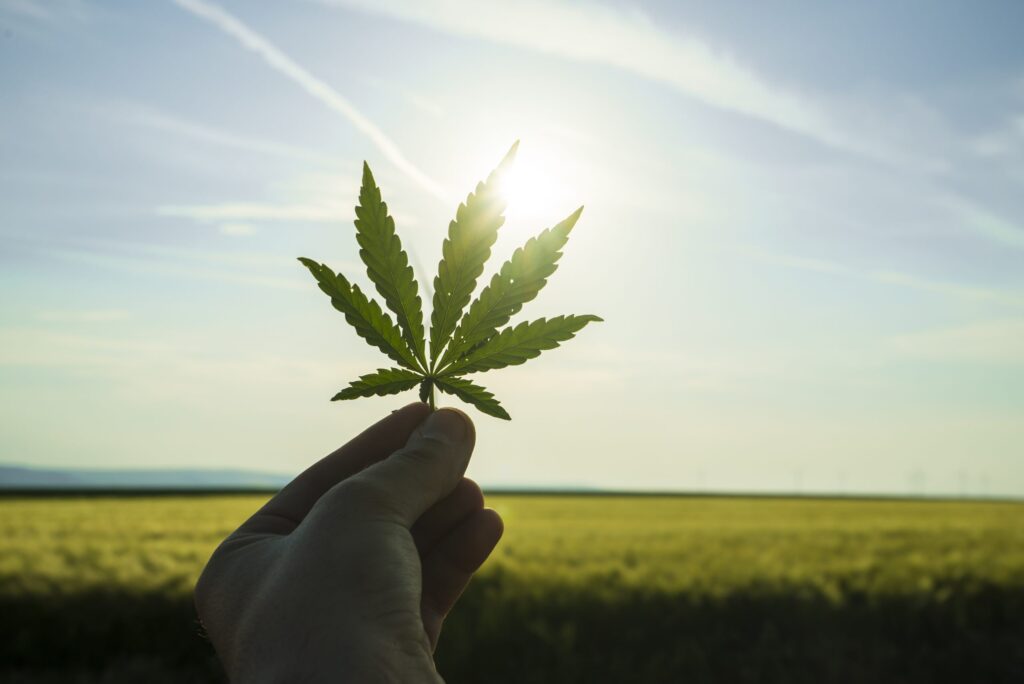 Millions of people around the world are falling in love with CBD products. We can’t blame them! CBD oil is an excellent way to support a healthy lifestyle. While we love CBD and all, CBD is actually one of 100+ phytocannabinoids that comprise the hemp plant. So, what are phytocannabinoids exactly? What effect do they have on the body? Let’s explore!

What Is A Phytocannabinoid?

We underestimate how complex, smart and resourceful plants can be. Sure, you might be able to have a conversation with Zach Galifianakis between two ferns, but you can’t actually speak to a fern. However, just as humans and animals have evolved to survive an ever-changing environment, plants do the same.

Thyme developed an antifungal molecule known as thymol to stop opportunist fungi from stealing its nutrients. Lemon peels produce an abundance of linalool, an aromatic molecule that repels insects from chewing the fruit’s only source of shade — its leaves. These are just two examples of evolution promoting the production of plant compounds that turn out to be beneficial to humans.

Thymol and linalool are just two of thousands of aromatic molecules known as terpenes that serve as the foundation for aromatherapy. Many of these well-known principles behind the benefits of aromatherapy can translate over to the lesser-known world of cannabis.

Present-day cannabis plants have evolved to contain a litany of beneficial terpenes. However, today’s plants also have another group of unique plant-based molecules. They are phytocannabinoids. Currently, there are over 100 known phytocannabinoids, with cannabidiol (CBD) and tetrahydrocannabinol (THC) being the most well-known.

Phytocannabinoids grow within tiny hairs on plants known as trichomes. These aromatic molecules help fight off potential predators from sucking energy and nutrients from the plant.

Survive inclement weather
Ward off insects
Maintain water storage
Attract pollinators
Thwart off bacteria and fungus
Much like terpenes in essential oils support a healthy lifestyle, phytocannabinoids can too. Let’s talk about the intricate interactions phytocannabinoids have with our own system.

How Phytocannabinoids Interact With The Human Body?
Anytime we consume anything, it sets off a chain of events that impact your system. For instance, you inhale an essential oil and it will stimulate your olfactory system. You eat something that you’re allergic to and it will cause your immune system to attack. When you use CBD oil, phytocannabinoids also have a deliberate interaction with your body, namely its endocannabinoid system.

What Is The Endocannabinoid System?

CB1 receptors are present in more areas of the body that seem to support day-to-day functioning. You can find CB1 receptors in spots like our muscles, fat cells, brain and liver.

Meanwhile, CB2 receptors are found in areas that play a role in our health and longevity. You can find CB2 receptors hanging around immune cells and in bone marrow.

How Does The Endocannabinoid System Work?
Our receptors are well-versed in how homeostasis feels. They are aware of changes in body temperature, viral attacks and allergens. Any shift in “normalcy” can cause an array of reactions. The brain will interpret these messages and manifest whatever necessary to draw our attention to the situation.

Your reaction will depend on what triggered this adverse response from the CB receptors in the first place. If you’re allergic to pollen and go running through a field of daisies, you might get itchy skin. Those with social anxiety at a party might experience a panic attack. Whatever the case might be, your body is trying to get you to do something about it consciously.

In the meantime, your body gets to work fixing the problem. Our cells know you’re going to procrastinate, and hey, if you want a job done right, sometimes you have to do it yourself. That’s why our body creates endocannabinoids. Endocannabinoids are crucial for promoting homeostasis. Understanding this essential function is key to unlocking the power of phytocannabinoids.

Endocannabinoids are autonomously produced as a reaction to potential threats to the system. Just as the theme keeps implying, the objective of endocannabinoids is bringing order back to an unruly environment.

Anandamide is known as our “joy” molecule. It influences many important functions, including mood and appetite. This particular compound usually only binds to the CB1 receptor.

Meanwhile, 2-AG latches to both receptors. This omega-6 fatty acid has a penchant for brain tissue. So, it plays a significant role in protecting tissues in this critical part of the brain.

Now, it’s a lot of work managing a human being. Our body is dealt with the same curveballs we handle daily, too. The stress we feel at work, the poor dietary choices and lack of sleep all throw speed bumps in the road on our endocannabinoid system’s journey to homeostasis. That’s where phytocannabinoids come into play.

The synchronicities between humans and nature are uncanny. One of the most significant examples of this yin-yang of life is the development of phytocannabinoids and their interaction with our endocannabinoid system. Much like our endogenous cannabinoids, plant-based cannabinoids also interact with our CB receptors.

If you’re looking to appreciate the complexity of plants even more, each phytocannabinoid interacts with our system in their own unique way. All 100+ phytocannabinoids bind to, stimulate or antagonize their preferred receptor(s).

Furthermore, each interaction elicits a different response. Therefore, incorporating a wide range of phytocannabinoids into your wellness routine with a broad spectrum hemp extract is the best way to prop up your endocannabinoid system.

What Are Types Of Phytocannabinoids?

We’re still learning more about phytocannabinoids, how they interact with our system and their potential benefits. As the use of cannabis becomes normalized, more research will come to fruition. When that happens, we’ll get an even clearer picture as to how CBD oil can improve our wellness. Until then, here’s what we know so far!

Cannabidiol (CBD)
CBD is a non-psychoactive phytocannabinoid. It doesn’t bind to either CB receptor. Instead, it stimulates them. This interaction promotes a relaxing effect on the receptor, which translates throughout the rest of the endocannabinoid system.

Of the phytocannabinoids, CBD is like the responsible adult of the bunch. This compound tends to counteract some of the adverse effects other cannabinoids may have. For instance, CBD may help balance out the psychoactive effects caused by our next phytocannabinoid.

Until recently, hemp products were illegal in many countries. That’s because original cannabis laws didn’t distinguish a difference between marijuana and hemp. Hemp naturally has low levels of THC and high levels of CBD, and vice versa for marijuana. Under the 2018 Farm Bill, no agriculture hemp contains more than 0.3% THC.

Without activating CBD, CBDa still assists the endocannabinoid system. It can promote the production of useful enzymes.

Tetrahydrocannabinolic Acid (THCa)
As the name implies, THCa is the precursor to THC. Prior to activation, THCa plays many significant roles in the endocannabinoid system. These tasks include enzyme production and activating serotonin receptors.

Cannabigerol (CBG)
CBG is a non-psychoactive phytocannabinoid. Experts have seen it bind to CB2 receptors. However, they can’t confirm what this interaction does. With that said, CBG has shown to boost natural anandamide production.

Cannabinol (CBN)
This phytocannabinoid is mildly psychoactive. CBN is very molecularly similar to THC. Thanks to distinction, CBN can bind to CB1 receptors. Oddly enough though, CBN has an affinity for CB2 receptors. Experts believe this molecule’s dexterity plays a role in maintaining balance.

Other known phytocannabinoids in hemp include:

Did you know that cannabis and hemp aren’t the only plants that contain phytocannabinoids? Green tea, chamomile, and even red wine contain these plant compounds that can help support our ECS.

Next Post
What Are Essential Oils (and How is CBD Different)?
Previous Post
The Endocannabinoid System’s Most Important Function