The Endocannabinoid System’s Most Important Function 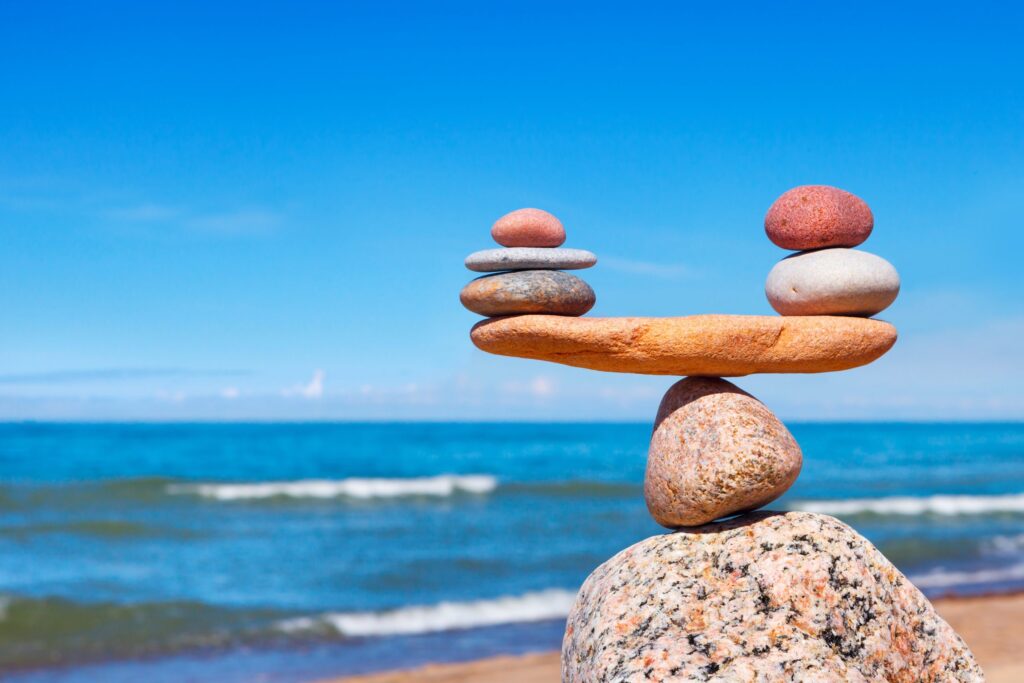 Increased research in recent years has led to a deeper scientific understanding of the endocannabinoid system (ECS). Some researchers believe the ECS is one of the most important physiological systems that exists.

What makes the ECS so special? One of the main duties of the ECS ismaintaining homeostasis in the human body.

What is homeostasis, and why is it so important? Let’s dive right in.

Homeostasis refers to the ability to keep a balanced internal state that functions optimally regardless of external conditions. All living things, including people, animals and plants, rely on this internal balance to maintain sound health and wellness.

The word “homeostasis” is derived from Greek origins of terms meaning “similar”(homoios) and “standing still”(stasis), loosely meaning “staying the same.”

You can think of homeostasis as balance, stability or equilibrium within a cell, a group of cells, or the entire body. It plays a role in the body’s ability to function properly and impacts our nervous, immune, digestive, respiratory, reproductive and urinary systems.

The term was coined by physiologist Walter Cannon in the 1920s after the idea of homeostasis was initially explained by physiologist Claude Bernard in the 1870s. Bernard maintained that complex living things must maintain “milieu interieur,” or balance of their internal environment, to live a “free and independent” life in the external world.

Why Is Homeostasis Important?

The body is a complex, connected network of various systems. Each individual system controls its own functions but is also interdependent with other systems, whether they seem related or not.

The breakdown of homeostasis in one system of the body can disrupt homeostasis in other systems, which can ultimately lead to negative health consequences. In order for the body to function properly, we want to aim for homeostasis throughout all of the systems.

The endocrine system also benefits from maintaining homeostasis. This system comprises the glands that secrete hormones into the bloodstream. These hormones maintain homeostasis through their effect on energy production, inflammation, muscle metabolism, bone growth, blood pressure and more.

Homeostasis allows for a stable internal environment throughout all the systems of the body. Homeostatic processes are continuously taking place automatically. A disruption in this delicate balance can lead to a number of different health problems from digestive upset and headaches to more serious conditions such as diabetes, heart disease and cancer. The ability of the body to maintain homeostasis has a strong influence on maintaining overall health.

The endocannabinoid system (ECS) is known as a “master regulator” within the body. It’s responsible for regulating the biochemistry of several different bodily processes.

Research shows the the ECS can influence the following:

With endocannabinoid receptors found nearly everywhere in the human body, the ECS helps maintain the delicate balance of these bodily processes. When any are thrown out of balance, the ECS can help bring the body back to a state of balance.

To better understand how the ECS helps maintain homeostasis, it’s important to know how this system works.

Within the ECS, there are three main components—endocannabinoids, cannabinoid receptors, and enzymes.

Anandamide is a neurotransmitter that has a very similar structure to THC and is named after the Sanskrit word ananda, which means “bliss, joy or happiness.” Anandamide has been referred to as the “bliss molecule” for the role it plays in producing a state of euphoria.

2-Arachidonoylglycerol(2-AG)
2-AG is a member of a group of molecules derived from arachidonic acid, or two essential fatty acids (EFAs) known as EPA and DGLA. 2-AG is considered the most abundant endocannabinoid found in the body.

2-AG has very similar properties to anandamide and is known to play an integral role in pain management, appetite regulation, and immune system function. It is also important in modulating anxiety, depression, and addictive behaviors. 2-AG has also shown to play a role in the regulation of the invasion and multiplication of certain types of cancer cells.

These endocannabinoids are produced by the body as needed to maintain a state of homeostasis, helping to keep internal systems functioning as they should.

Endocannabinoid receptors that are found throughout the entire body and are known as CB1 and CB2 receptors. They serve two major functions: They govern the effects of endocannabinoids AEA and 2-AG, and they regulate the behavioral effects of cannabis.

CB2 receptors are heavily involved with immune functions such as inflammation and pain management. CB2 receptors are also involved in reward and addiction. This is because they play a role in modulating dopamine activity in the ventral tegmental brain area.

Endocannabinoids AEA and 2-AG can bind to both CB1 and CB2 receptors, with various effects.

The two enzymes found in the ECS are fatty acid amide hydrolase (FAAH) and monoacylglycerol acid lipase (MGL). These enzymes are responsible for breaking down endocannabinoids after they’ve completed their function.

Homeostasis and the ECS

You naturally create the endocannabinoids that help your body maintain homeostasis, but sometimes there aren’t enough endocannabinoids created naturally within the body for the ECS to function efficiently. This is referred to as clinical endocannabinoid deficiency, which is believed to be connected with a number of health concerns.

How exactly do these cannabinoids work within the ECS to contribute to a state of homeostasis? CBD and THC interact with cannabinoid receptors differently.

THC and the ECS

THC has a strong binding affinity on both CB1 and CB2 receptors. The CB1 is the main receptor that mediates the psychoactive effects of cannabis, and because THC binds directly to CB1 receptors, it sends signals to the brain that result in the effects marijuana is famous for. This binding affinity is also why THC can have a range of different effects on the body, from appetite to sleep and more.

CBD and the ECS

CBD, on the other hand, does not bind to CB1 or CB2 receptors. Instead, the effects of CBD are caused by two specific functions. CBD activates TRPV1 receptors(vanilloid receptor 1 or capsaicin receptors), which has many positive effects on well-being. Furthermore, CBD inhibits FAAH (fatty acid amide hydrolase), which can promote higher levels of the endocannabinoid anandamide.

Why is all this important? For something so complex, it’s really quite simple. It’s believed that using the cannabinoids found in cannabis and perhaps other plants could help support proper function of the ECS. This could mean improved homeostasis and levels of health. While more research is warranted in this regard, one thing is certain: the ECS plays a major role in keeping us happy and healthy.